THE LIFE OF JOSHUA

God made three promises to Abraham: Nation, Land, and Seed.

While in Egyptian bondage, Abraham’s descendents grew into a nation; leaving, they became a free people.

Now the nation of Israel needs a home, and God is preparing to deliver on His Second Promise.

Joshua is the foremost character in the book that bears his name.

God tells Joshua to be of good courage because He will not forsake him.

In three days, they will cross the River Jordan to claim their inheritance.

The Spies and Rahab

In preparation for the first battle, Joshua sends in two spies to survey Jericho.

Rahab, a harlot, hides the spies; in return, they promise her and her family safety when Israel takes the city (2).

Joshua commands the Levites to take the ark of the covenant into the river.  When they did so, the water dried up and Israel crossed over on dry land (3).  Twelve stones are taken out of the river bed and set up in Gilgal as a memorial. They camp at night before crossing (4).  They are instructed to circumcise the boys and men who are uncircumcised (5).  At Gilgal, Israel eats the produce of Canaan and the manna from heaven. (5:10 – 12)  Joshua saw a messenger from God, standing with his sword drawn (5:13 – 15).  Jericho’s inhabitants lock themselves within the walls of the city. 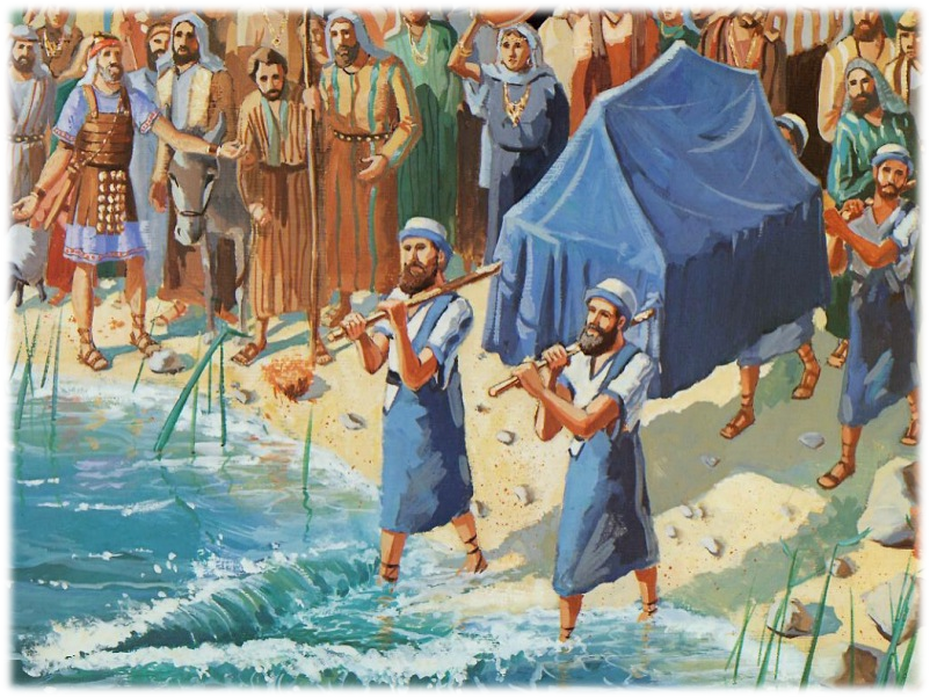 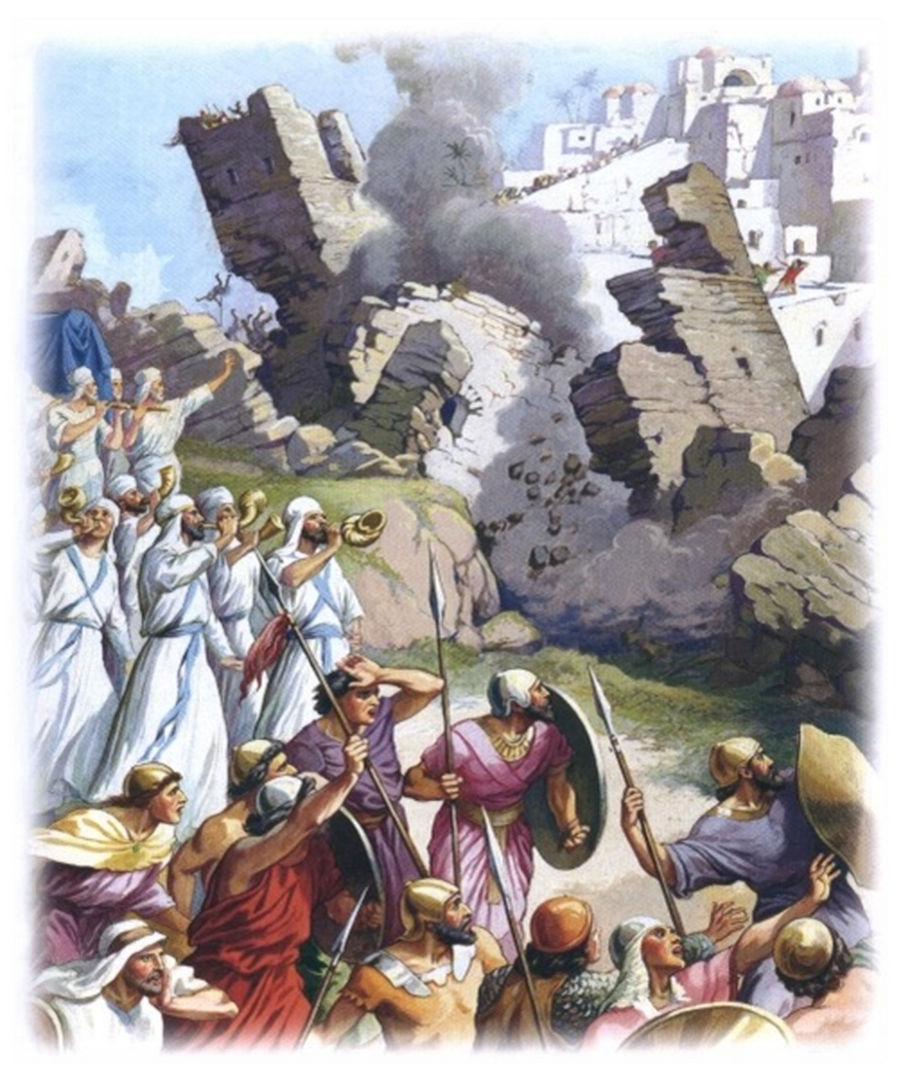 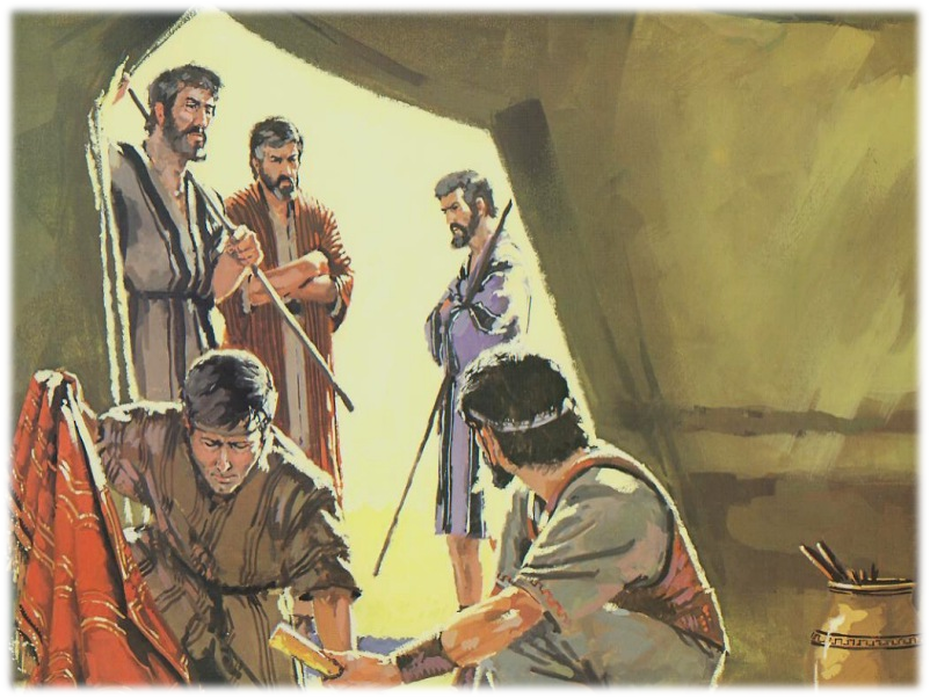 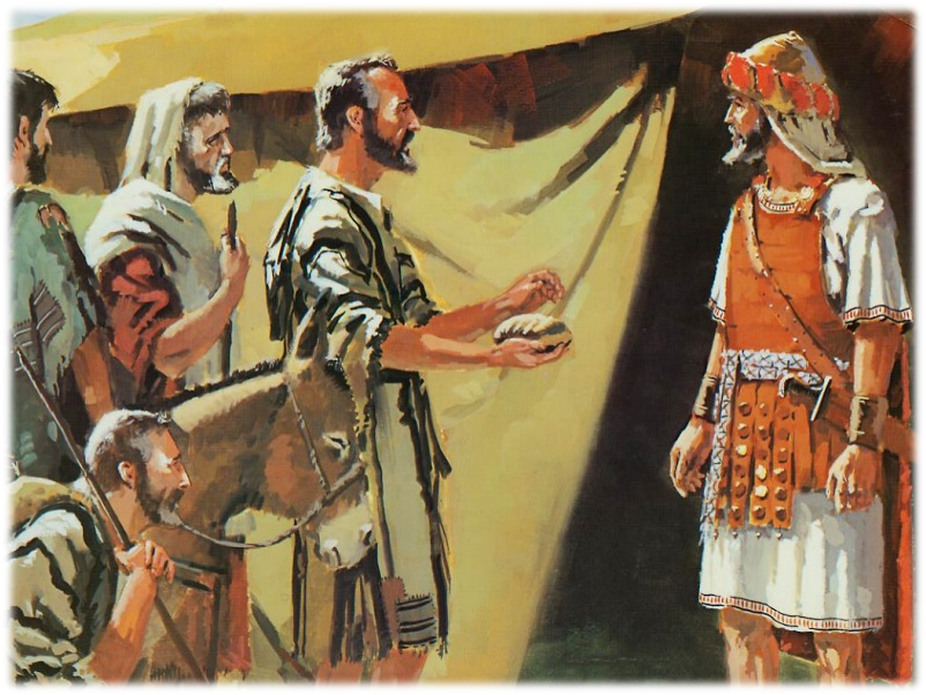 Joshua conquered all the southern part of Canaan.  Now he turns his attention to the north and defeats an alliance of its kings (11).  Israel has defeated 31 of Canaan’s kings and is now in control of the land (12).  Still, some parts of Canaan remain unconquered (13:1 – 7).

Dividing The Land; The Inheritance 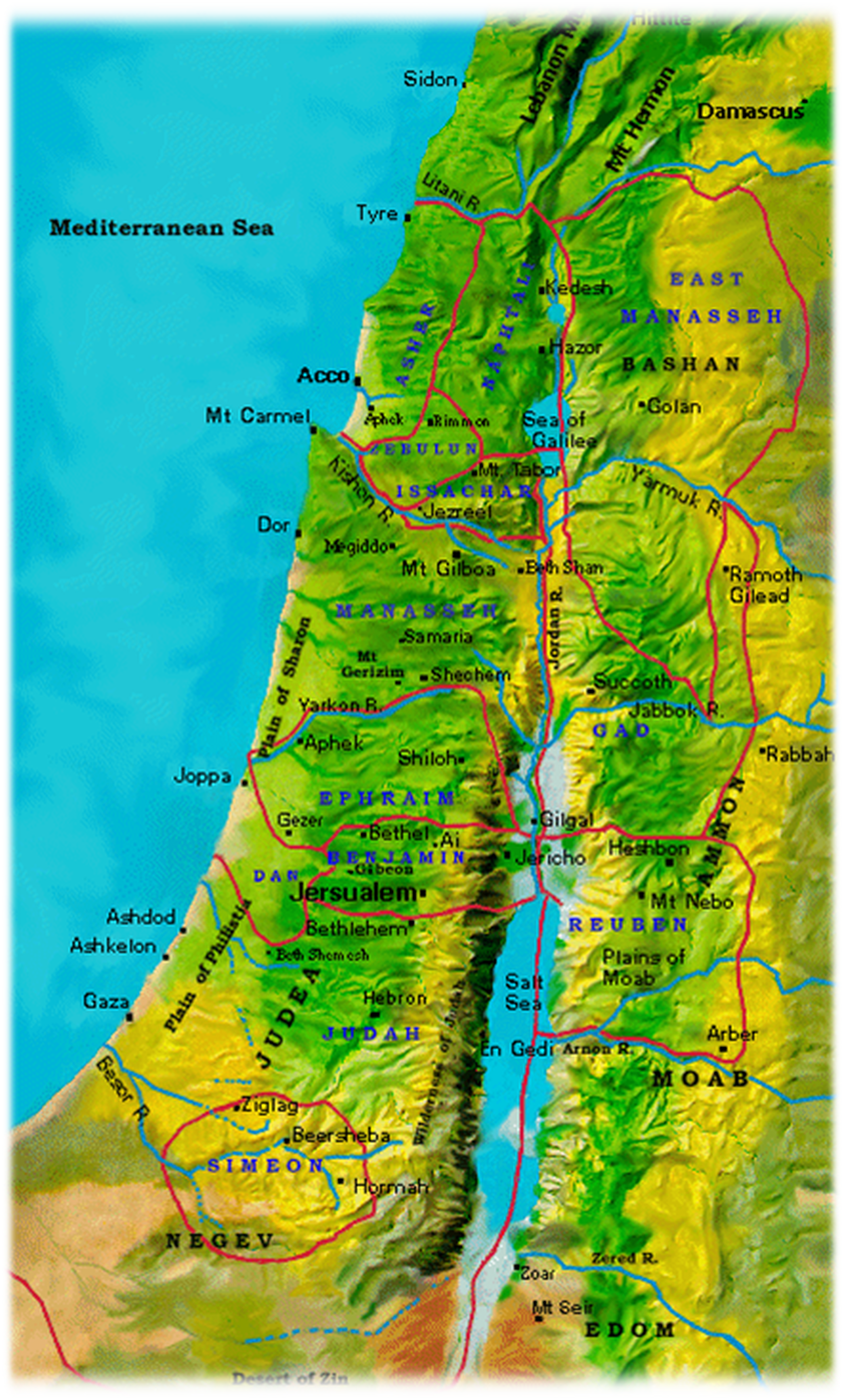 A Problem for The Eastern Tribes

All The Land Is Given

¨“Now, therefore, fear the LORD and serve Him in sincerity and truth; and put away the gods which your fathers served beyond the River and in Egypt, and serve the LORD.  If it is disagreeable in your sight to serve the LORD, choose for yourselves today whom you will serve: whether the gods which your fathers served which were beyond the River, or the gods of the Amorites in whose land you are living; but as for me and my house, we will serve the LORD.” (Joshua 24:14 – 15, NASB)
Top
Back