The Hebrew title transliterated is We’elleh Shemoth, which is the first phrase of the book “And these are the names”.  The English title Exodus comes from the 3rd Century B.C. translation of The Old Testament into Greek called The Septuagint.  The Greek word “exodus” means “departure or going out” and focuses on the major event of the book, the departure of Israel from Egypt.

There exists much support for the traditional view that Moses was the author. Parts of The Book of Exodus clearly indentify Moses as the human author. For example...

Exodus 17:8 – 14..."Then Amalek came and fought against Israel at Rephidim.  So Moses said to Joshua, "Choose men for us and go out, fight against Amalek. Tomorrow I will station myself on the top of the hill with the staff of God in my hand."  Joshua did as Moses told him, and fought against Amalek; and Moses, Aaron, and Hur went up to the top of the hill.  So it came about when Moses held his hand up, that Israel prevailed, and when he let his hand down, Amalek prevailed.  But Moses' hands were heavy. Then they took a stone and put it under him, and he sat on it; and Aaron and Hur supported his hands, one on one side and one on the other. Thus his hands were steady until the sun set.  So Joshua overwhelmed Amalek and his people with the edge of the sword.  Then the LORD said to Moses, "Write this in a book as a memorial and recite it to Joshua, that I will utterly blot out the memory of Amalek from under heaven."  (NASB)

Exodus 24:4..."Moses wrote down all the words of the LORD. Then he arose early in the morning, and built an altar at the foot of the mountain with twelve pillars for the twelve tribes of Israel."  (NASB)

Exodus 24:7..."Then he took the book of the covenant and read {it} in the hearing of the people; and they said, "All that the LORD has spoken we will do, and we will be obedient!"  (NASB)

Exodus 24:12..."Now the LORD said to Moses, "Come up to Me on the mountain and remain there, and I will give you the stone tablets with the law and the commandment which I have written for their instruction."  (NASB)

Exodus 31:18..."When He had finished speaking with him upon Mount Sinai, He gave Moses the two tablets of the testimony, tablets of stone, written by the finger of God."  (NASB)

Exodus 34:27 – 28..."Then the LORD said to Moses, "Write down these words, for in accordance with these words I have made a covenant with you and with Israel."  So he was there with the LORD forty days and forty nights; he did not eat bread or drink water. And he wrote on the tablets the words of the covenant, the Ten Commandments."  (NASB)

Other parts of The Old Testament that support the Mosaic authorship of the book are as follows...
Deuteronomy 31:9..."So Moses wrote this law and gave it to the priests, the sons of Levi who carried the ark of the covenant of the LORD, and to all the elders of Israel."  (NASB)

Joshua 8:30 – 32..."Then Joshua built an altar to the LORD, the God of Israel, in Mount Ebal, just as Moses the servant of the LORD had commanded the sons of Israel, as it is written in the book of the law of Moses, an altar of uncut stones on which no man had wielded an iron {tool;} and they offered burnt offerings on it to the LORD, and sacrificed peace offerings.  He wrote there on the stones a copy of the law of Moses, which he had written, in the presence of the sons of Israel."  (NASB)

1st Kings 2:3..."Keep the charge of the LORD your God, to walk in His ways, to keep His statutes, His commandments, His ordinances, and His testimonies, according to what is written in the Law of Moses, that you may succeed in all that you do and wherever you turn..."  (NASB)

Nehemiah 8:1..."And all the people gathered as one man at the square which was in front of the Water Gate, and they asked Ezra the scribe to bring the book of the law of Moses which the LORD had given to Israel."  (NASB)

Malachi 4:4..."Remember the law of Moses My servant, {even the} statutes and ordinances which I commanded him in Horeb for all Israel."  (NASB)

Luke 20:37..."But that the dead are raised, even Moses showed, in the {passage about the burning} bush, where he calls the Lord THE GOD OF ABRAHAM, AND THE GOD OF ISAAC, AND THE GOD OF JACOB."  (NASB)

John 5:45 – 47..."Do not think that I will accuse you before the Father; the one who accuses you is Moses, in whom you have set your hope.  "For if you believed Moses, you would believe Me, for he wrote about Me.  "But if you do not believe his writings, how will you believe My words?"  (NASB)

"Now it came about in the four hundred and eightieth year after the sons of Israel came out of the land of Egypt, in the fourth year of Solomon's reign over Israel, in the month of Ziv which is the second month, that he began to build the house of the LORD."  (NASB)

Redemption (God’s grace part 1) – Portrayed in The Passover event and The Exodus (chapters 12 – 24).  Israel could not ultimately delivered from their bondage until a blood sacrifice had been offered and applied.

Relationship (God’s grace part 2) – Establishment of Israel as His chosen people to be “My own possession among all the peoples” (19:5) and “a kingdom of priests” (19:6).

References to Christ – No direct prophecies about Jesus is found in Exodus, but there are many “types” and/or veiled references to Him including Moses...
(a type of Christ)

Deuteronomy 18:15..."The LORD your God will raise up for you a prophet like me from among you, from your countrymen, you shall listen to him."  (NASB)

1st Corinthians 5:7..."Clean out the old leaven so that you may be a new lump, just as you are {in fact} unleavened. For Christ our Passover also has been sacrificed."  (NASB)

1st Corinthians 10:1 – 2..."For I do not want you to be unaware, brethren, that our fathers were all under the cloud and all passed through the sea; and all were baptized into Moses in the cloud and in the sea..."  (NASB)

The Rock 7:1 – 8
1st Corinthians 10:4..."...and all drank the same spiritual drink, for they were drinking from a spiritual rock which followed them; and the rock was Christ."  (NASB)

The High Priest chapters 28 – 29 and 39
Hebrews 4:14 – 16..."Therefore, since we have a great high priest who has passed through the heavens, Jesus the Son of God, let us hold fast our confession.  For we do not have a high priest who cannot sympathize with our weaknesses, but One who has been tempted in all things as {we are, yet} without sin.  Therefore let us draw near with confidence to the throne of grace, so that we may receive mercy and find grace to help in time of need."  (NASB)

Hebrews 9:11 – 12..."But when Christ appeared {as} a high priest of the good things to come, {He entered} through the greater and more perfect tabernacle, not made with hands, that is to say, not of this creation; and not through the blood of goats and calves, but through His own blood, He entered the holy place once for all, having obtained eternal redemption."  (NASB)

Hebrews 9:24 – 28..."For Christ did not enter a holy place made with hands, a {mere} copy of the true one, but into heaven itself, now to appear in the presence of God for us; nor was it that He would offer Himself often, as the high priest enters the holy place year by year with blood that is not his own.   Otherwise, He would have needed to suffer often since the foundation of the world; but now once at the consummation of the ages He has been manifested to put away sin by the sacrifice of Himself.  And inasmuch as it is appointed for men to die once and after this {comes} judgment, so Christ also, having been offered once to bear the sins of many, will appear a second time for salvation without {reference to} sin, to those who eagerly await Him."  (NASB)

It continues the history begun in Genesis.  It documents the development of the chosen family into a chosen nation.  Though they are enslaved in Egypt, they will possess the Promised Land (Genesis 12:1 – 3 and 15:16).

It records the covenant laws at Mt. Sinai (Horeb)...
How should we live! (Decalogue and supplements)
How should we worship! (Tabernacle, priests, procedures, time, and rituals)
It is a “how to” manual for the Tabernacle (Leviticus)

It documents God’s great acts of love and mercy toward Israel which were prophesied to Abraham, Genesis 15:16.

10. Death of firstborn – An attack on the deity of Pharaoh and Osiris, the giver of life 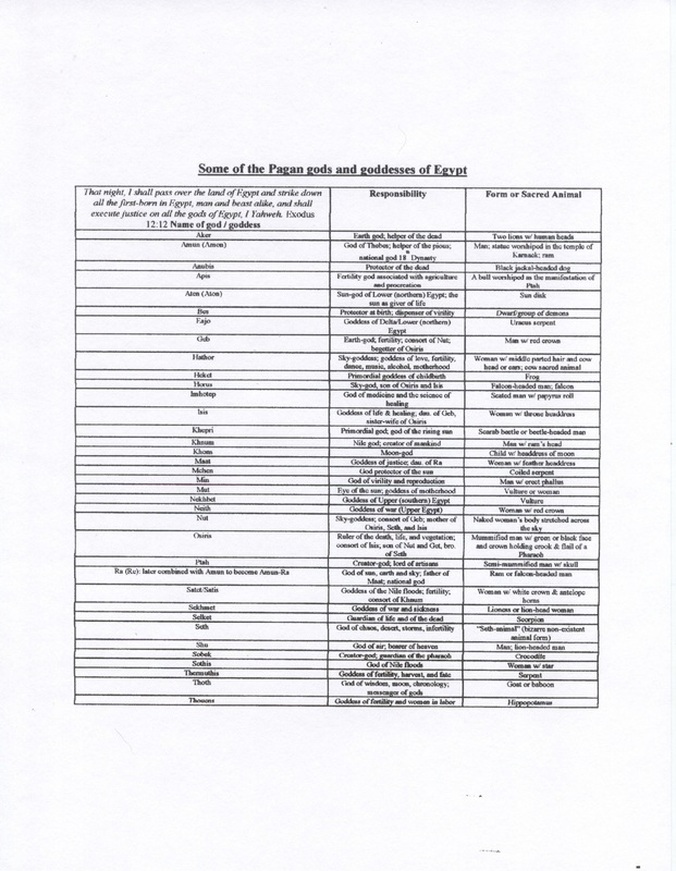 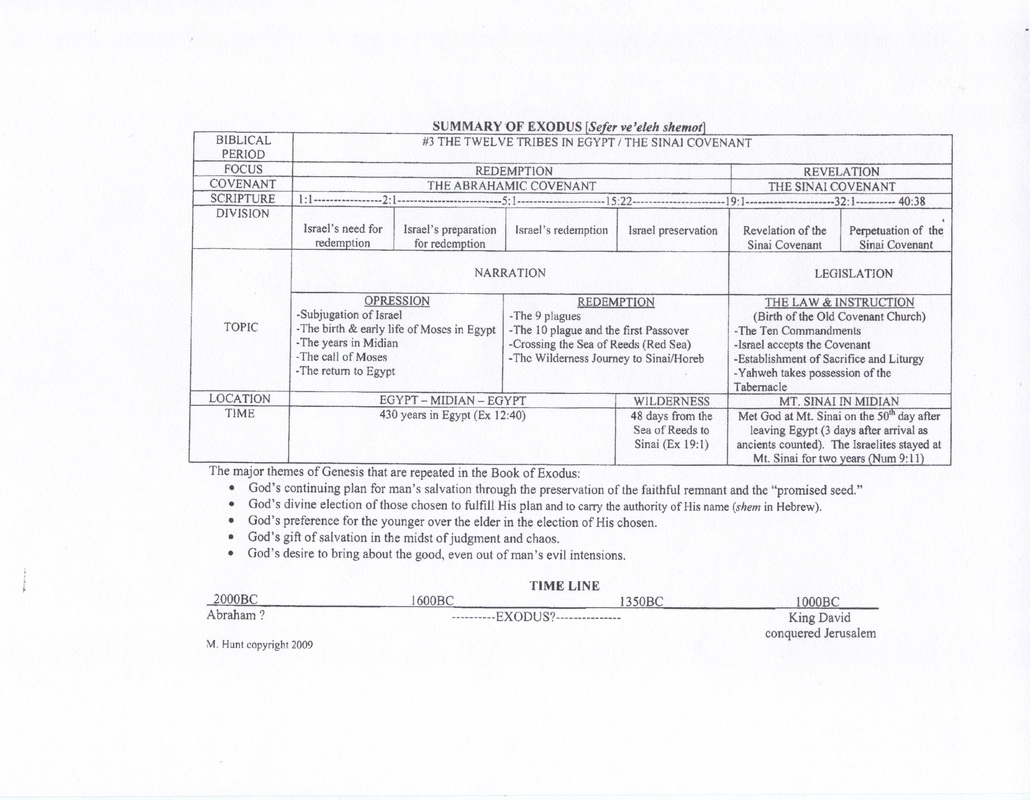 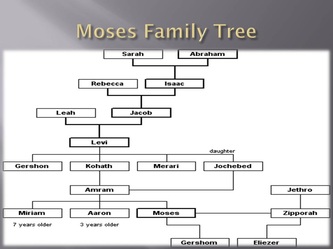 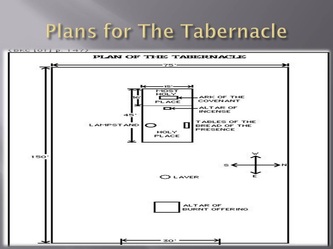 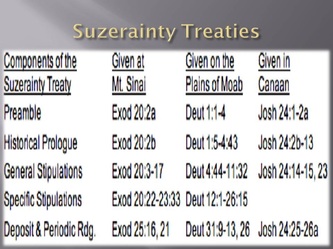 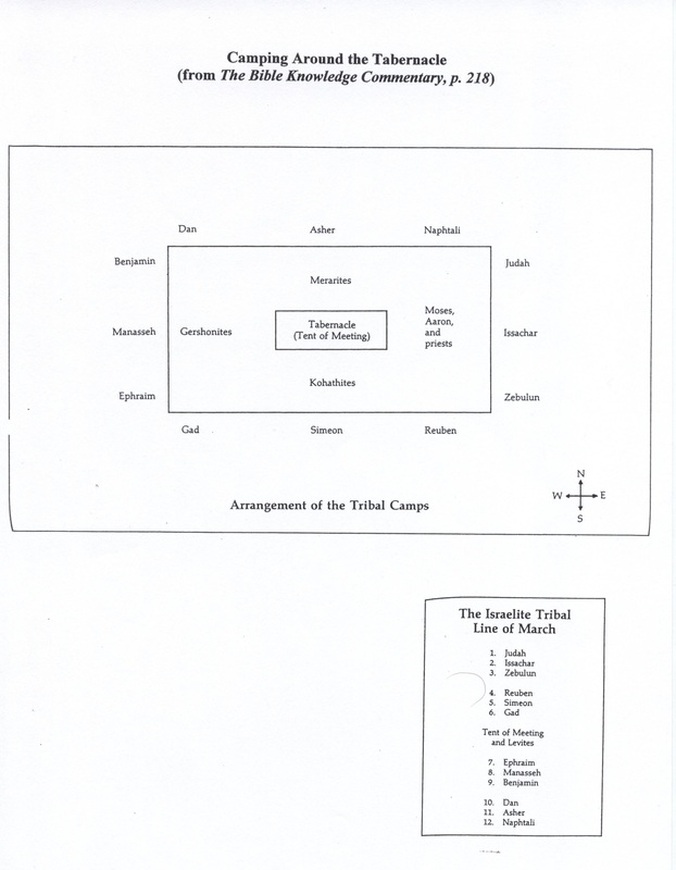 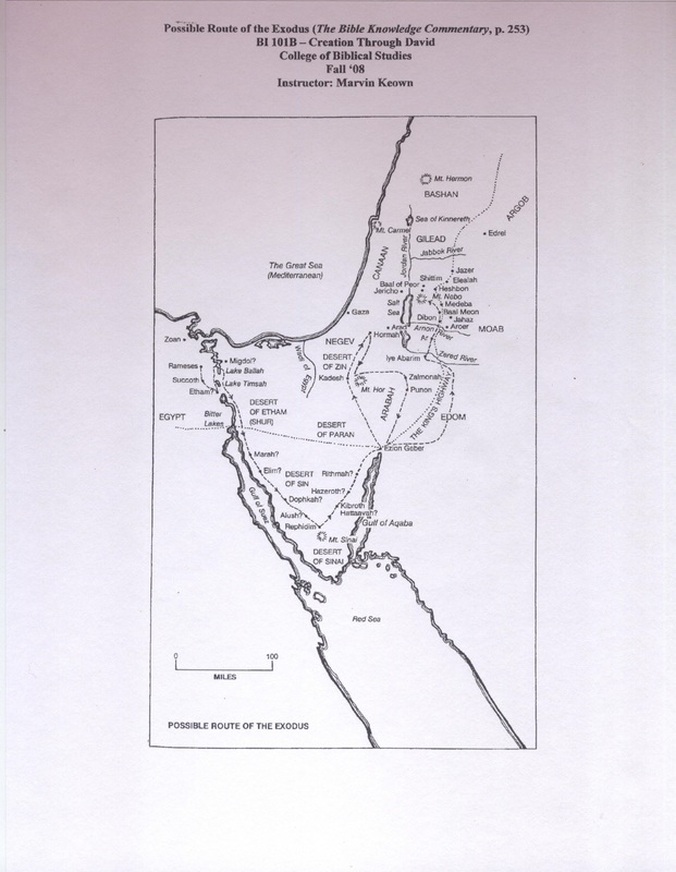