90 A.D.: The Jamnia Theory – Council of Rabbis at Jamnia

They raised questions about the inclusion of certain books like Esther, Proverbs, Ecclesiastes, Song of Songs (early name for Song of Solomon), and Ezekiel.  They did not remove any of the books. 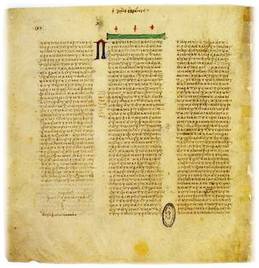 But the periphery of the canon is not yet determined.  According to one list, compiled at Rome around 200 A.D. (The Muratorian Canon), the New Testament consists of:  The 4 Gospels (though first 2 are missing), Acts, 13 letters of Paul, 1st and 2nd John, Jude,
The Apocalypse of Peter.  But not Hebrews, James, 3rd John, 1st and 2nd Peter, or Revelation.

Around 20 – 30 bishops gathered together to decide on an official canon.

Their pronouncement upheld Cyril’s Canon, saying: “Let no private psalms nor any uncanonical books be read in the church, but only canonical ones of The New and Old Testament”

Reproduced the same list and declares: “apart from the canonical Scriptures nothing is to be read in church under the name of the divine Scriptures … Let the church across the sea be consulted for the confirmation of this canon.”

Listed the 27 books of the New Testament already recognized as the Word of God as recognized by the church in general. 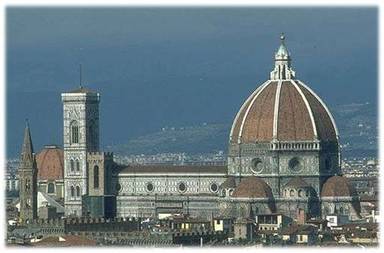 The entire western Church recognizes The 27 books, though does not declare them unalterable.

1546: The Roman Catholic Council of Trent 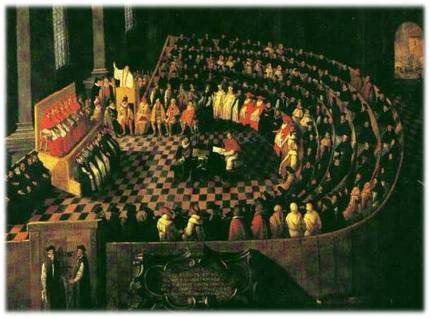 Reaffirms the canonicity of all 46 books. Affirmed the Council of Florence.

This is the only “universal” church council to make a formal claim
about the extent of the Christian canon (Protestant, Eastern Orthodox, Coptic and other Christians do not consider this council universal)—over 1500 years after the Christian
movement began!