The English title “The Book of Judges” can be traced back through the Latin (Liber Judicum) and The Greek Septuagint (Kritai) to the Hebrew sopetim.  The title is appropriate as long as the English concept of legal arbitration is expanded to general administrative authority including military deliverance from Israel’s enemies.

Though there is no internal evidence indentifying the author of Judges, The Talmud (Tractate Baba Bathra 14b) ascribes to Samuel The Book of Judges, Ruth, and Samuel.   There is evidence of a later editor.  Judges 8:30 reflects...

1. the Assyrian exile of the northern ten tribes in 722 B.C.

Jewish tradition asserts that Jeremiah and/or Ezra the scribe edited parts of the Old Testament.  The formation of The Old Testament in its current form is lost to us.  However, this does not affect the Divine inspiration of these Old Testament Books.

The evidence for beginning the period of The Judges about 1350 B.C. is strong.  The elders who outlived Joshua (Joshua 24:31 and Judges 2:7) would have been no more than 20 years of age in 1444 B.C. when the spies entered the land (13:2 and 14:29), two years after Exodus.   If they lived to about the age of 110 (Joshua’s age at his death; Joshua 24:29), the oldest of them would have died about 1354 B.C.  The idolatry leading to the 1st oppression (that by Cushan-Rishathaim, Judges 3:8..."Then the anger of the LORD was kindled against Israel, so that He sold them into the hands of Cushan-rishathaim king of Mesopotamia; and the sons of Israel served Cushan-rishathaim eight years."  (NASB)) seems to have begun after these elders died (Judges 2:7..."The people served the LORD all the days of Joshua, and all the days of the elders who survived Joshua, who had seen all the great work of the LORD which He had done for Israel."  (NASB)).

The History and Theology

Historically, The Book of Judges is the sequel to The Book of Joshua.  The 2 books are linked together by the repeated record of Joshua’s death...

Joshua 24:29 – 31..."It came about after these things that Joshua the son of Nun, the servant of the LORD, died, being one hundred and ten years old.  And they buried him in the territory of his inheritance in Timnath-serah, which is in the hill country of Ephraim, on the north of Mount Gaash.  Israel served the LORD all the days of Joshua and all the days of the elders who survived Joshua, and had known all the deeds of the LORD which He had done for Israel."  (NASB)

Judges 2:6 – 9..."When Joshua had dismissed the people, the sons of Israel went each to his inheritance to possess the land.  The people served the LORD all the days of Joshua, and all the days of the elders who survived Joshua, who had seen all the great work of the LORD which He had done for Israel.  Then Joshua the son of Nun, the servant of the LORD, died at the age of one hundred and ten.  And they buried him in the territory of his inheritance in Timnath-heres, in the hill country of Ephraim, north of Mount Gaash." (NASB)

Theologically the period of The Judges formed a transition between Yahweh’s mediatorial activity through Moses and Joshua and His mediatorial rule through the anointed kings of the monarchy.

The Hebrew word sopet (judge, deliverer) has a wider connotation than the English word “judge”. It was a general term for leadership combining the executive (including military) and judicial aspects of the governing.

The purpose of The Book of Judges was to demonstrate divine judgment on Israel’s apostasy. More particularly the book recorded Israel’s disobedience to Yahweh’s kingship as mediated through her sovereignly appointed and Spirit-empowered leaders and the subsequent need for a centralized hereditary kingship as the means through which Yahweh would continue to exercise His kingship over the nation Israel. 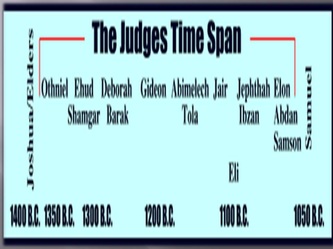 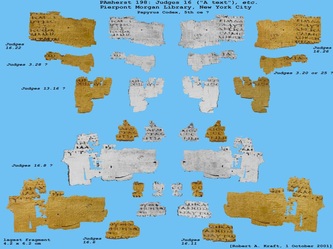 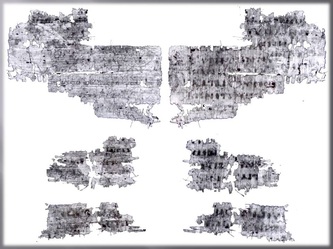