In the Hebrew text the book bears the superscription Yehoshua, the name of its leading figure, Joshua.  His name and the title of the book mean “Yahweh saves” or “Yahweh is Salvation”.   The title therefore suitably describes what God used Joshua to do, as recorded in this book, namely, to save His people by conquering Canaan and apportioning it to Israel as their promised homeland.

Not stated...however, the earliest Jewish tradition assigns The Book to Joshua himself (1:1, 24:25 – 26).  This is determined by...
eyewitness testimony – “we” and “us”...the sending of the spies, the crossing of The Jordan, the capture of Jericho, and the battle at Ai and Achan’s sin.

The purpose of The Book of Joshua is to give an official account of the historical fulfillment of The Lord’s promise to the patriarchs to give Israel the land of Canaan by holy war.  A “holy war” was a conflict with religious overtones rather than one with a political motivation of defense or expansion.

Obedience and trust lead to God’s blessings, disobedience leads to His curses.

The Grace of God – while enjoying God’s blessings was a function of obedience and trust, Israel was still in a position to be blessed by God only because of His gracious choice of them as His people.

En Gedi is a site located on the western shore of the Dead Sea 23 miles southwest of Jerusalem, 18 miles east-southeast of Hebron and 10 miles north of Masada.

En Gedi is a desert oasis that was inhabited during the Chalcolithic Period, the Iron through the Byzantine Periods.  It was allotted to the tribe of Judah (Joshua 15:62).

Here David hid from Saul (1st Samuel 24), and here special spices were grown.  It was also famous for its vineyards (Song of Songs 1:14). 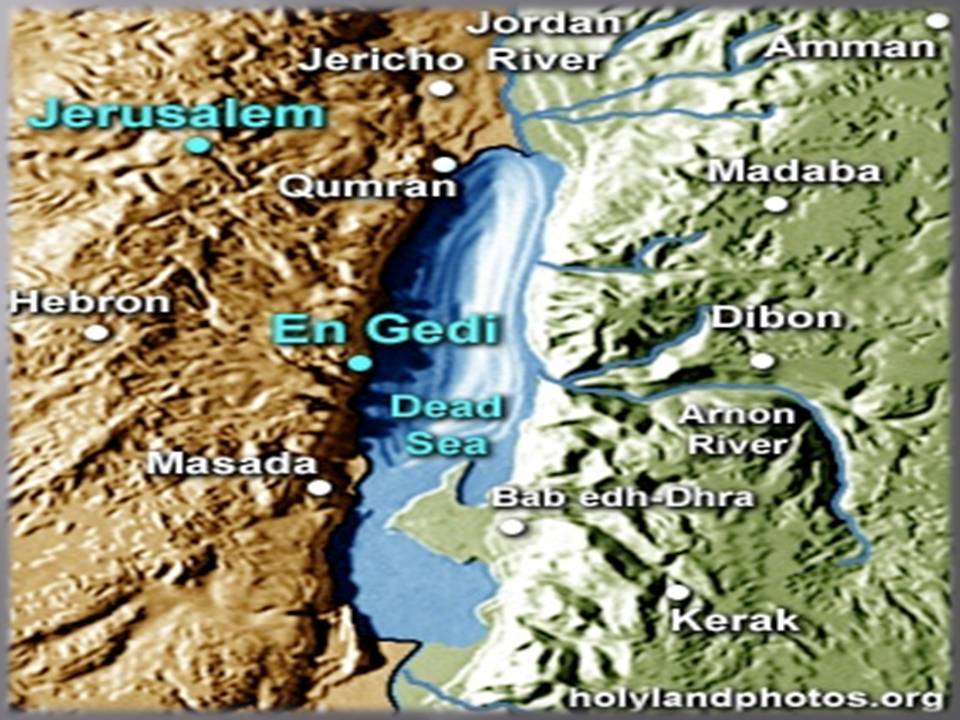 Hazor was a large Canaanite city that was conquered by Joshua and allotted to the tribe of Naphtali (Joshua 11; 19:36). Its forces fought against Deborah and Barak (Judges 4:2, 17). Solomon fortified the city (1st Kings 9:15) and it was conquered by the Assyrian king Tiglath–pileser III in 732 B.C. (2nd  Kings 15:29).  It is located on a ridge 9.5 miles north of the Sea of Galilee overlooking the swampy Huleh Valley. It is one of the largest tels in Israel, covering 200 acres. The larger lower portion of the tel was inhabited from the 18th century B.C. to the 12th Century while the upper portion of the tel (citadel) was occupied during all of its occupational phases. 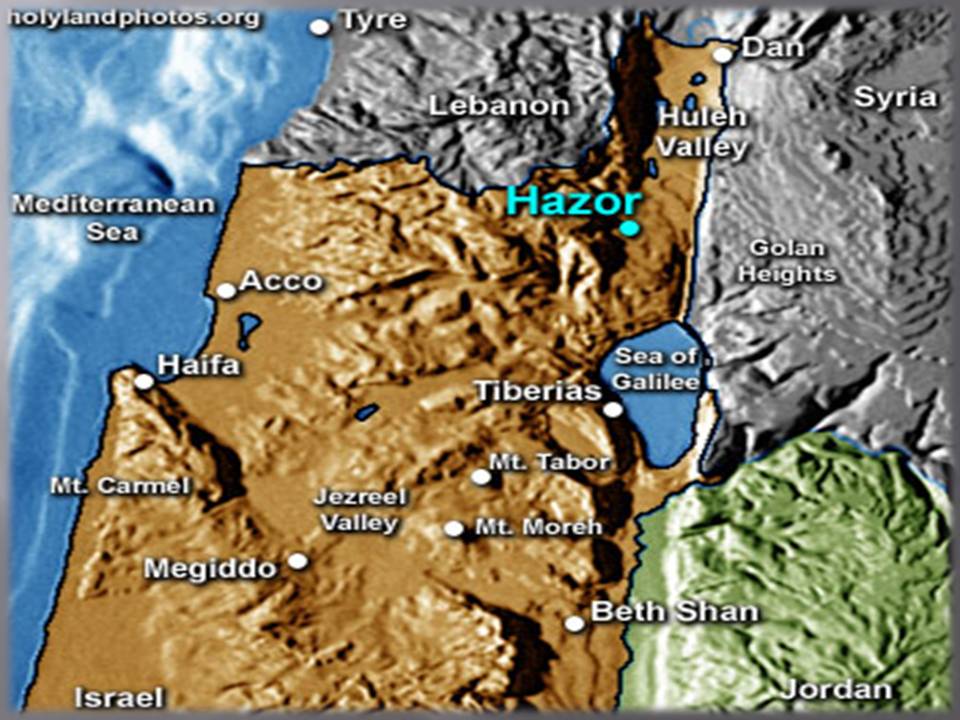 Megiddo is a large mound that rises about 160 ft. above the surrounding plain.  It was excavated throughout the twentieth century and into the twenty-first century. It contains at least 20 distinct archaeological strata.  Megiddo was a strategically important city, for the main International Highway that led from Egypt to Mesopotamia passed by it.  For example, one heading north from Egypt would pass through the Sharon Plain, and then continue though the “Megiddo Pass” on Mt. Carmel to Megiddo.  From Megiddo, one could head north northwest to Acco (on the Mediterranean Coast), or east southeast to Beth Shan (and from there into Transjordan), or head north northeast, around Mt. Tabor, and then continue north to Hazor, Dan, and eventually Damascus.  All of these routes were extremely important, and Megiddo was at the “hub” of them.  Megiddo is mentioned twelve times in the biblical text.  The Canaanites controlled Megiddo until David conquered it and Solomon fortified it. Megiddo served as an important administrative center for the Israelite kings from the days of Solomon until it was conquered by the Assyrians (733 B.C.). 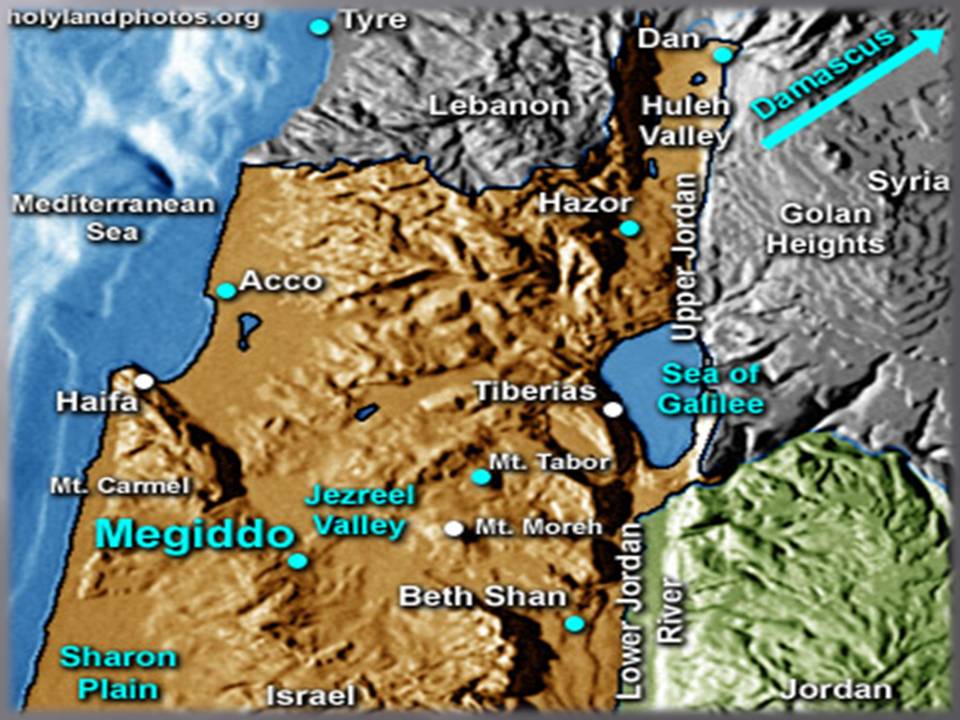